Mangroves are tropical, coastal plant formations, that are both emblematic and representative of a large portion of Overseas coastlines. These forests develop in intertidal zones, in the coastal areas sheltered from the waves and currents. They are exclusively adapted to intertropical climatic conditions, and extend from Bermuda to the southernmost tip of Australia.

Mangroves, seagrass beds and coral reefs: good practices all around

Seagrass beds and coral reefs require clear water that lets the sun rays through, which are essential for photosynthesis, and therefore survival. The tangled mangrove roots create a strong shield that intercepts the particles drawn in by runoff water from the ground. Mangroves thus limit the turbidity of all water flowing into the lagoon, and ensure optimal conditions for seagrass bed and coral growth.

In turn, mangroves need tranquil water with only very few waves and weak currents, to intercept and accumulate the sediments which will then enable them to take root. Coral reefs, located far out at sea, dampen the waves’ force and ensure tranquil conditions in the lagoon and all around the mangrove.

As such, mangroves are ecosystems that are practically always associated with coral reefs, which is why they play an important role within the IFRECOR organization (French Coral Reef Initiative).

French mangroves represent about 0.7% of all mangroves worldwide. In the Atlantic basin, they can be found in all French intertropical territories: Saint Barthélemy, Saint Martin, Guadeloupe, Martinique and French Guiana. In the Indo-Pacific area, these ecosystems exist in Mayotte, the Scattered islands in the Indian Ocean, New Caledonia, Wallis and Futuna and less frequently in French Polynesia. Their total surface area was estimated at 255,754 acres, mainly located in French Guiana and New Caledonia.

About 50% of the mangrove species listed worldwide are located in Overseas territories. They are home to about thirty species of mangrove trees and associated plants, but their distribution is unequal between the Atlantic and Pacific basins: indeed, there are only 5 species in French Guiana, whereas New Caledonia boasts 26.

Mangroves are useful in our society in many different ways. Indeed, they provide a number of ecosystemic services: by dampening the swell of the waves they protect the human infrastructures built along the shoreline from the sea’s violence; they are breeding and nursing areas for a number of bird and fish species which have considerable economic worth on a local level, in particular for the fishing and tourism industries; by intercepting sediments and other polluting agents coming from inland, they reduce the flow of pollution towards the lagoon; they are some of the most efficient carbon reservoirs in the world; etc.

Despite all these services, mangroves still have a bad collective reputation as they are considered “mosquito nests”, and because they emit bad odors, meaning they are sometimes poorly looked after. Although generally less threatened than in other countries, French mangroves are nonetheless the target of much violence – both of human and natural origin: artificial catchment areas, embankments, drainage, waste disposal, wastewater receptacle, rising seawater levels, storms, etc.

A quarter of the Overseas mangroves are already protected by the Conservatoire du littoral:

The IFRECOR and the Conservatoire du littoral

In 2010, IFRECOR and the Conservatoire du littoral published an Atlas of French Overseas mangroves, that accounted for all our knowledge of ultra-marine areas: Overseas departments, territories and entities – including French Polynesia – in which mangrove trees have been recently introduced. In French Guiana, mangroves are not directly related to coral reefs, but they cover sufficiently large surfaces to be considered by IFRECOR anyway. It should be noted that although these mangroves in French Guiana are not closely linked to nearby reefs, they nonetheless contribute to the health of the Caribbean basin and its associated reefs. 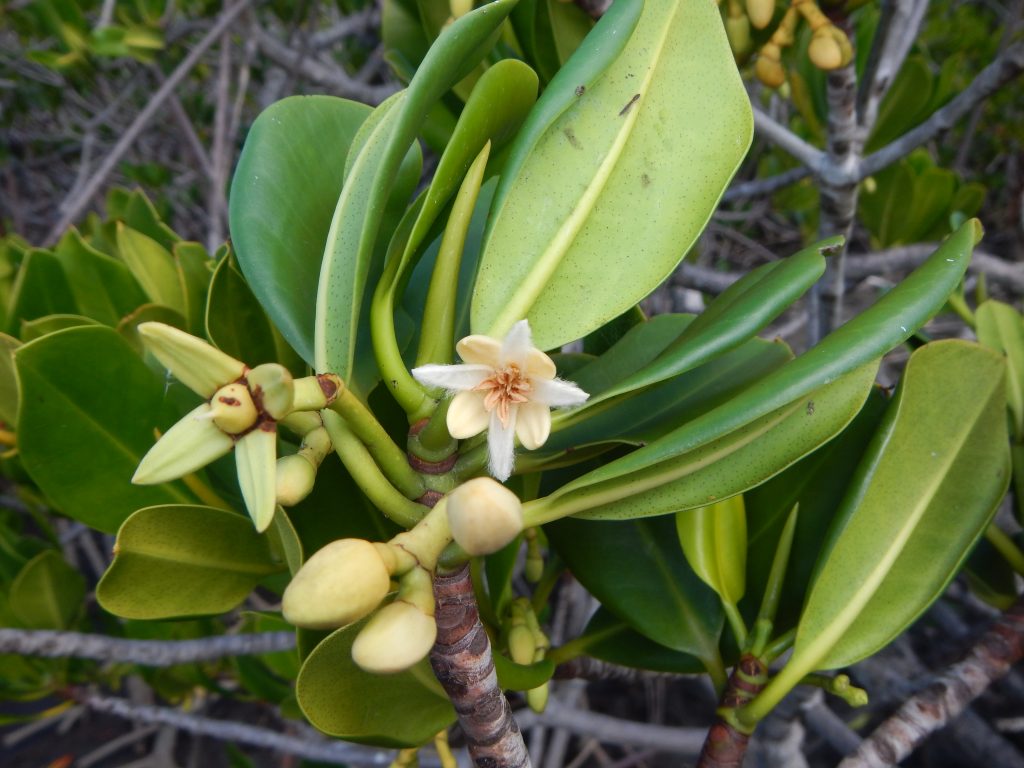 Therefore, during the 2011-2015 time frame, the mangrove observation network’s goal is to connect the stakeholders working towards the protection and management of these areas, to enable improved data harmonization regarding the status and development of Overseas mangroves, and to set up a coherent national network. In the long-term, the Mangrove observation network will develop a functional monitoring network (mapping, biology, physics & chemistry, etc.), in order to detect any changes and provide decision-making tools to those who manage these areas. The results and data obtained thanks to this network will be added to the information already established by the National Biodiversity Observatory, the National Wetland Observatory and the Information System of Nature and Landscapes.

Activity 1: develop a monitoring methodology that suits both the various regions concerned and the protection stakeholders involved. This methodology must include a harmonized typology of all existing mangroves (and flooded forests), and the creation of a database with all changes noticed regarding mangrove surface areas.

Activity 2: this data will be correlated with the creation of a progressive mangrove map, which will serve as additional information to the maps produced for other associated ecosystems, and in particular marine phanerogam grass beds and coastal wetlands (jointly with the Mapping cross-cutting division).

Activity 4: Lastly, the development of stress and management measures will need to be monitored (protected surface areas, stakeholders, etc.).

These activities are managed by the Conservatoire du littoral’s Overseas division.