“Pôle-relais zones humides” (Resource Center for Wetlands) is a certification granted by the French State to a non-profit organization or consortium – be it public or private – that has special skills regarding the preservation of wetlands in France, and most of whose activity is dedicated to preserving wetlands, in which said organization is highly proficient ad legitimate, wishing to actively direct national policy in their favor.

Charter of the National Resource Centers for Wetlands

Creation of a fifth Resource Center

After the Ministry in charge of ecology announced – during the 40th anniversary celebrations of the Ramsar Convention – that all actions carried out by the Wetlands’ Resource Centers would be reinforced, a new Resource Center for Wetlands dedicated to Overseas territories was opened in spring 2012. Its work is focused on all Overseas wetlands – both coastal and inland – in all three major ocean basins.

The five Resource Centers share the same objectives and areas of work.

To reach these objectives, the Resource Centers focus their activities on three areas of work:

This Resource Center is based in Guadeloupe, and is supported and coordinated by the Overseas division of the Conservatoire du littoral.

The Conservatoire du littoral was created in 1975 with a view to instating land policies aiming to protect natural areas and landscapes on maritime and lake shorelines. It acquired fragile or threatened land, to remove it once and for all from urbanization projects, thus enabling the general public to discover France’s natural, landscape and cultural heritage.

The Overseas division of the Conservatoire du littoral, in charge of coordinating these protective land policies for shorelines spread out over eight Overseas regions in the Atlantic and Indian Oceans, was entrusted by the Ministry for Ecology with the implementation, operation and coordination of the Mangrove & Overseas Wetland Resource Center, which focuses its activity on the knowledge, communication, preservation and sustainable management of Overseas wetlands.

Be it in St Pierre & Miquelon, St Martin, St Barts, Guadeloupe, Martinique, French Guyana, Mayotte and La Reunion, the Conservatoire du littoral has always turned to various stakeholders when managing protected sites. By associating its partners with the operations carried out on acquired or assigned land, it managed to develop a network or stakeholders (institutional, charity-based, scientific or political). These partners are the basis of the Resource Centers network.

As the leading body regarding the knowledge and monitoring of water conditions and the ecological operation of aquatic environments, its task is to lead and support national actions taken with a view to enhancing the overall, sustainable and balanced management of water resources, aquatic ecosystems, fishing and fish stocks.

ONEMA provides and organizes high-level expert assessments, founded on scientific knowledge, that support the initiation, negotiation, implementation and assessment of public water policies. The organization contributes to the monitoring of aquatic environments, as well as to controlling their use, and actively takes part in preventing their deterioration, restoring them and preserving their biodiversity. It leads and takes part in the acquisition of information relating to water and aquatic environments, in associated activities and services, as well as in the circulation of this information among the general public, national/European authorities and territorial/basin authorities. It provides water management stakeholders (territorial and basin) with support and in-field knowledge of the way in which aquatic environments function. It takes part in the elaboration and circulation of knowledge, in the training of those put in charge of water management, and raises awareness among the general public regarding good water and aquatic environment conditions.

With regard to wetlands – be they coastal or inland – ONEMA supports the Ministry for Ecology in the deployment of national policies in this field of application, and as such coordinates the entire network of resource centers for wetlands, the activities of which it has been managing since 2008.

The Mangroves & Overseas Wetlands Resource Center is financed by ONEMA, the Guadeloupe and Martinique Water Agencies, and the Conservatoire du littoral – its parent organization. On an occasional basis, it benefits from financial support from the Environment, Planning and Housing Directorate for Guadeloupe – when implementing its documentary database for instance.

The Resource center is also supported by IFRECOR (French Coral Reef Initiative) for all projects that require collaboration with the Mangrove observation network. 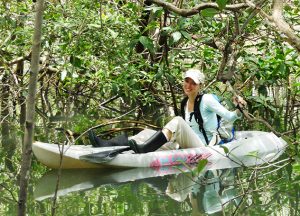 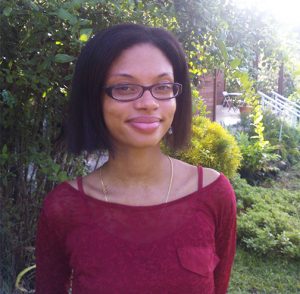